Claude Monet’s father disapproved of his painting. He wanted him to be a grocer.

Micro-sculptor Willard Wigan creates artwork so small that he once inhaled one by accident. His sculptures will run you about $40,000. Here’s one in the eye on a needle.

Vincent Van Gogh produced more than 2,000 works during his life: 900 paintings and 1,100 drawings and sketches. He only sold one painting while he was alive. That is some serious persistence.

On December 3rd, 1961, Henri Matisse’s painting “Le Bateau” was put right-side up after hanging upside-down for 46 days without anyone noticing at the Museum of Modern Art in New York. 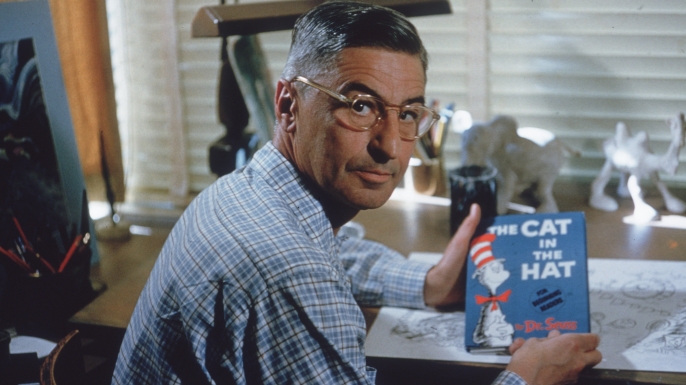 Dr. Seuss (Theodor Seuss Geisel) had a room in his house full of crazy hats, hidden behind a bookshelf. Theodor put hats on his guests at parties and asked them to embody that character for the evening. He used his hat collection to take on new personas and overcome creative blocks. In addition to his commercial artwork, he was also a prolific painter and sculptor. His “Unorthodox Taxidermy” sculptures were inspired by what he imagined animals would want to be reincarnated as.